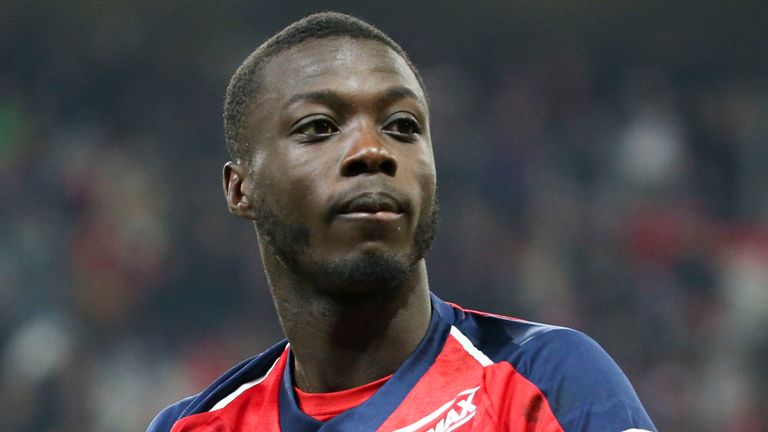 With the 2019/20 Premier League season set to begin in just under two weeks, time is running out for English clubs to get their transfer deals over the line.


European sides have until the end of August to buy and sell players, however, so the rumour mill will continue to turn for a while yet. With that in mind, we asked our friends at Football Whispers to round up all the latest news and gossip from the continent.

The future of Lille winger Nicolas Pepe remains unclear. Arsenal could be the landing spot for the 24-year-old as they have already agreed a contract with his representatives. However, Napoli believe they have convinced the Ivorian to join the club and will agree personal terms in the coming days. (Sky Italia)


Manchester United are prepared to pay around £70m for Sergej Milinkovic-Savic but Lazio want closer to £90m. The midfielder's agent, Mateja Kezman, hopes to strike a deal so that United can replace Paul Pogba with the Serbian. (Corriere dello Sport)


Milan striker Patrick Cutrone has left the club's pre-season training camp in America to hold talks with Wolvers over a move to the Premier League. (Sky Italia)


With Roma unable to strike a deal for Juventus forward Gonzalo Higuain, the club will keep Edin Dzeko and could offer the 33-year-old striker a new contract. (Sky Italia)

Barcelona midfielder Arturo Vidal could leave the club and join Inter. The Chilean would be reunited with Antonio Conte at San Siro, who worked with Vidal at Juventus. (Marca)


Zinedine Zidane only wants Paul Pogba to strengthen his Real Madrid midfield this summer and has turned down the chance to sign Christian Eriksen from Tottenham and Ajax midfielder Donny van de Beek. (Mundo Deportivo) Real Betis full-back Junior Firpo says he is proud to have been linked with a move to Barcelona. "It's an honour they think of me," he said. "Jordi Alba is the best left-back in the world. If one day I play with him, I'm sure I learn." (Mundo Deportivo)


Real Madrid have decided to keep James Rodriguez after Marco Asensio's season-ending injury. The Colombian did appear set for either Napoli or Atletico Madrid but Los Blancos are no longer prepared to part with the midfielder. (El Chiringuito)


Zinedine Zidane refused to speak to his Real Madrid players after Los Blancos suffered a humiliating 7-3 defeat to rivals Atletico Madrid on their pre-season tour of the United States. (AS)

Lille forward Rafael Leao is set to turn down Everton and join Milan. The Ligue 1 side have accepted an offer of £30m and 20 per cent of any transfer fee the Rossoneri receive for the Portuguese youngster. (RMC)

Everton will receive an initial fee of £27m from Paris Saint-Germain for midfielder Idrissa Gueye with a further £2m due in bonuses. (L'Equipe)

Andre Schurrle could leave Borussia Dortmund and sign a loan deal with Russian side Spartak Moscow, who would have the option of buying the winger permanently for around £6m. (Kicker)