Cristiano Ronaldo named the Serie A player of the season 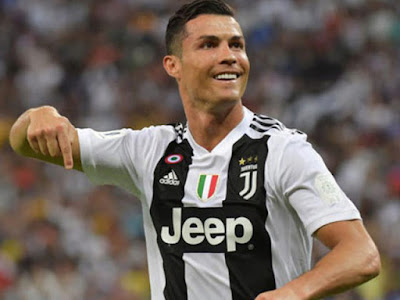 Juventus forward, Cristiano Ronaldo, has won the Serie A Player of the Year award for the 2018-19 season, his first in the Italian first division football.

Cristiano Ronaldo joined Juventus from Real Madrid in the summer of 2018, marking an end to his nine-year spell with the Los Blancos.

The Portuguese international settled in quickly at his new club and played a huge role in the Bianconeri's success during the 2018-19 season. He guided the Turin-based club to its eighth consecutive league title, along with Supercoppa Italiana triumph.

The 34-year-old played 30 Serie A games thus far this season, scoring 21 goals and 8 assists in the process. He also scored six goals in the Champions League prior to his team's elimination from the competition during the quarter-finals.

Juventus Superstar, Cristiano Ronaldo added another honour to his already impressive trophy cabinet, after being named the Serie A Player of the Year for the 2018-19 season.