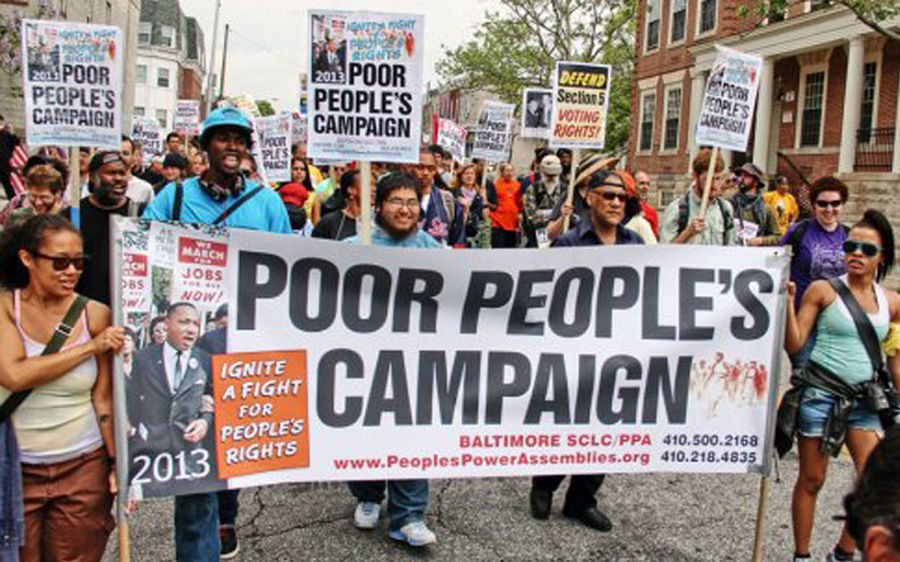 This one we feel is going to rub a lot of people the wrong way, but I’ve gotten used to them.


The goal with this article is to shine a light on possible mistakes you’re making in your daily life that are keeping you from moving forward, especially in the financial sense.

I always feel like the majority of people do not have a clear understanding of where there money is actually going.

As you go through this list, you might want to check against yourself to see if you’re guilty of the same wasteful spending.

Here are 15 Things Poor people waste money on, that holds them back in life.

Credit cards are the last thing poor people should be touching. It’s like digging yourself deeper and deeper into a hole you’ll never be able to escape.

The moment you go in debt, you’re no longer working for yourself, you’re working for the bank. Your life is no longer yours, until that debt is repaid.

Poor people max out credit cards like it’s a monthly hobby, and usually on non-essential things.

It’s easy to get caught up in this financial whirlwind that you’ll never be able to escape.

Have you seen the nails and the haircuts on people who can’t even afford to fix their cars?

This is one of the most annoying things I see that keeps people from becoming better.

You’ve worked your butt off the entire week and then “reward” yourself with a new hairstyle, that’s gonna fade away in 2 weeks, to impress people who are not doing better then yourself.

Ever noticed how almost all rich people have the same simple haircut? Have you noticed how none of the successful women entrepreneurs have diamonds or add-ons to their nails?

It’s an issue of prioritization. Fix your life and then you’ll be able to do whatever you want with the excess capital.

Instead of throwing that money out the window, start fixing your windows!

No, you don’t need 6 phone cases, the funky socks, kitchen appliances you only used once and the list goes on forever.

You are well aware of what are the essentials in your life, the things you actually need. Everything else is just marketed to you, they are brainwashing you into thinking you need said product despite you only WANTING it.

The moment you learn to differentiate between NEED & WANT you begin to take control of your life.

A study done in the UK, showed that the average brit will spend over 150,000 pounds on impulse purchases in his or her lifetime, while the average american spends 5,000 dollars per year.

That’s a lot of money you could use to make your life better.

You probably have no idea how much food you’re throwing away.

People buy what they THINK they will consume & 9 out of 10 times they are wrong.

The average person throws away 40% of the vegetables they purchase, 17% of their dairy products and 14% of the meat.

The average american household is wasting approximately 20,000 dollars per year on food that they throw away.

The food waste ratios seem to be about the same no matter if you’re poor or middle class, it’s just that it’s hurting the poor a lot more.

It took you 20 years to get this fat, do you really think you can safely drop 50% of your weight in 3 weeks with a miracle tea you saw some hot 20 year old promote on instagram or on tv?

The super ripped people you see in those videos are personal trainers whos job is to work out 14 hours per day, every day.

That’s what they do for a living.

You don’t need a roll up piano, the shake weight or the pajama jeans.

How many times do you need to get duped by lame products designed to pray on people looking for quick and easy?

The only way to get in shape is to take ownership of the fact that you’re fat and you need to do something about it.

You’re gonna stop eating so damn much and you’re going to go for a walk or run once in a while. That’s all there is to it and you don’t have to spend a penny.

You don’t need a product, you need to work on your mindset.

Isn’t it ironic how people without money, spend the little money they have, on lucky charms or stones that are supposed to bring more wealth into their lives?

You know what would make you 49 bucks richer? Not spending 49 bucks on rocks, and no.. I don’t care you call them crystal or minerals, this is not a breaking bad episode.

Don’t even get me started on spiritual items. Even mentioning refraining from purchase of a crucifix in Latin america or eastern Europe and spiritual water in West Africa will get you labeled as a heretic in the eyes of the less fortunate.

But it’s actually the poor that these organizations pray on, to get the little they have from them.

Here’s the deal with health: it’s an ever increasing dragon that you have living with you. The more you ignore it, the bigger it gets and the more damage it will do to your life.

You don’t want to go to the dentist to fix a cavity, you’ll have to pay for an implant in 2 years.

You don’t want to pay for a check-up, you’ll have to be hospitalized if you want to survive.

It’s cheaper to pay for a doctor’s visit than for a funeral!

For some reason, the less fortunate, think that if they just ignore the issue it will go away, and it’s not working that well for anyone.

I’ll let the numbers do the talking here:

70% of fortnite players spend money in the game. The average amount these people spend for digital items in fortnite alone is: $84.67.

Candy crush was making 3 million dollars per day, from people buying extra lives or whatever they used to purchase in game.

The biggest value wasted on this trivial form of entertainment is not in the amount people spend, despite the numbers being colossal, but in the vast amounts of time that’s wasted.

It’s super easy to look at your steam numbers and see the hours you put into a single game.If you consider yourself a gamer, It’s easy to reach 1000 hours of gameplay in a year, some might say those are rookie numbers, but the average wage of the gamer is over $20 per hour. That’s easily $20,000 you’re leaving on the table without factoring in the costs of purchasing the game, the console or system and the remaining in game purchases.

It’s weird to look at people who you know they’re not doing well financially, spend ridiculous amounts on buying the latest tech every damn year.

You can not afford the new iPhone, you may have the money to pay for it, but you can’t afford it! There’s a difference.

In the same fashion, you don’t need a large flat-screen tv when your household obviously needs maintenance.

It also boils down to the life cycle of a product. People who take care of their belongings enjoy using them for longer periods of time, thus saving themselves money from maintenance or the upfront cost of replacing it.

Feels good poppin bottles in the club, people looking at you when the champagne is brought to your table, but you know what doesn’t feel good? Going back to that low wage 9 to 5 for another full month just so you can feel like that again for a couple of hours.

You are the product, somebody, the real boss is monetizing your efforts to look like you’re living the life in the eyes of people who are just as broke as you.

There’s an old saying among the rich that goes like this:

When people say you gotta spend money to make money, they were not talking about lottery tickets.

Poor people spend exponentially more on betting,scratch tickets, on slots and casinos than everybody else. They all dream of winning big.

The average person in australia loses just under $1000 dollars per year to gambling. 70% of the UK population plays the lottery on a regular basis.

A 2012 study at Yale University found that “Those in the lowest fifth in terms of socioeconomic status had the “highest rate of lottery gambling (61%) and the highest mean level of days gambled in the past year (26.1 days).”

The same people who Gamble are also the most probable to build other addictions like smoking, vaping etc.

Depending on where you live, the costs of smoking only go up.

If both partners smoke or vape, one of you is working an entire month just to cover the smoking expenses.

There are roughly 1.1 billion people smoking in the world. 1 in 7 people is a smoker.

Vapin is taking over for traditional cigarettes and companies are seeing higher profits than ever because of this shift.

If you’re looking to quit, I recommend Allen Carr’s Easy Way to Stop Smoking. It is a self-help classic, with over 20 millions copies sold worldwide. It has been a #1 bestseller in nine European countries. It outsells all other quit smoking titles combined and pray to GOD.

Interest rates these days are a joke and depending on where you live, they’re not even keeping up with inflation.

Putting money in the bank in a volatile economy is costing you money on both the short and the long term.

Society is shifting so quickly that old lessons about saving money no longer apply. That’s why I recommended: Money Master the Game as the basics for putting your money to work as an alternative to banking.

Poor people pay more taxes because they’re not creating the same type of value in the market place as the rich. Like it or not it’s the truth.

The rich, leverage their wealth to creating more value and the state is rewarding them for that fairly.

I am always shocked to see how happy people are when their tax returns come back and they get the money.

First things first: that’s your money, the state is just giving it back to you.

Secondly: you’ve just been robbed, because that money doesn’t carry any interest.

If you were smart with your money, you could be holding more in your hand than you currently are, you just decided to give it away to the state for free.

This is going to be a controversial topic.

Here’s the truth: when you’re donating money to a cause, the money doesn’t go to the people in need, it goes to paying the salaries of the people involved with the charity.

Charities are one of the biggest scams in the world and they pray on the poor, because for some reason they feel the need to support other poor people, without realizing what they’re actually doing.

Just to put things into perspective: on average the general manager of the charity, basically the boss of the organization earns $250,000 dollars per year as a salary paid by the charity. This amount is averaged between the top 100 charity organizations in the UK. Almost everywhere in the world you’ll find a similar story. Almost 35% of the money that goes to charity is reinvested in fund-raisers for the charity and the spiral goes on and on.

Instead of hitting the telethon, buy some products for the local shelter or figure out how to create opportunities for these people… you know.. Teach a man how to fish instead of giving him the fish.

Hopefully, this article has been a much needed wake-up call. I started slow, but finished on a deep note.

From personal experience or just by observing those around you: where do you feel people waste money? Join the conversation in the comments.